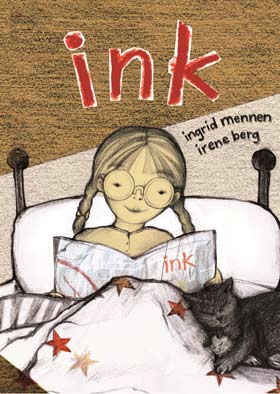 The International Board on Books for Young People (IBBY) South Africa section is proud to announce that six children’s books produced locally have been included on the IBBY International Honour List 2018.

The IBBY Honour List is a biennial selection of outstanding, recently published books which celebrates writers, illustrators and translators from IBBY member countries. The IBBY Honour List is one of the central ways in which the organization furthers its objective of promoting children’s and youth literature at an international level.

The books on the Honour List will go on to be exhibited at conferences and book fairs around the world.

They will also form part of permanent collections in some of the biggest international youth libraries.

Books included on the list are representative of the best children’s literature in their country and are suitable for international publication.

Every year, nominations are submitted in the following categories;

The following titles from South Africa have been included on the list for 2018:

There should have been five – Marilyn Honikman. (Tafelberg, 2016)

This is the story of Job Maseko, one of 354 000 South Africans of all races who volunteered for service inWorld War Two. The book praises Maseko, a black South African who performed heroic work during the war, and questions why he was not awarded the Victoria Cross for his bravery.

Sinomtha is a talented girl who sings and can play a guitar. Help from friends and family allow Sinomtha to explore her love of music.

Her family is struggling to make ends meet after her mother lost her job, and Sinomtha often has to assist with finances by playing at gigs.

It is not always easy to be very small. But when a mouse decides to go and search for his own ROAR, he discovers that even the tiniest animals can have the heart of a lion. Big or small, there is a mouse AND a lion in each of us.

With magical illustrations from Joan Rankin, and poetry from masterful story teller, Wendy Hartmann, the rhyme lyrically captures the magic of the African sounds of nature.

From the clicking of crickets to the crackle of the fire, follow the journey that celebrates these sounds, in the rhythm and music of Africa.

Tinka becomes aware of words, language and writing. She names her family members one by one: her mum, her dad, her little brother Slip, sister Rosie and baby Jas. She draws a paper doll resembling a girl like herself on a sheet of newsprint. The paper doll is named “Ink”. Tinka introduces her new friend to all her favourite story books, because “A book is like a friend, with the best stories to tell”.

The final list for 2018 will be announced in September at a lavish ceremony in Athens, Greece.